The Carneddau Ponies of Snowdonia.

If you're a regular reader of my blog, you will know that I love horses and I spend a lot of time in Wales. So when Jan Ruth, who writes rather lovely stories that can be both dark and humorous, sent me a piece about horses in Wales, I could hardly resist. Here it is.

The summit of Drum, a small peak nestled in the Carneddau range of Snowdonia, North Wales, can be an inhospitable, dangerous place. On day two of the annual pony-gathering a heavy shroud of fog obscured the dense landmass to within a few feet. Someone once said, ‘It’s the centuries of men’s hands on the stones that puts the heart into a place.’ The beating heart of the Carneddau for me, has to be the wild ponies, and they were the reason I found myself on top of a bleak mountain in the Welsh hills in November, 2014. The ponies of the Carneddau have access to some 27,000 acres, and there are less than 200 of them out there… somewhere. Ancestors would likely have used dogs and followed on horseback but sadly, modern times dictated the use of quad bikes and scramblers.

The rest of us walked, across a vast mattress of sodden heather. Within the hour though, the sun pierced through the fog and it dispersed like skeins of gossamer, revealing the full majesty of the Welsh hills and the Irish Sea. This dramatic landscape marches towards the foothills of Snowdon in one direction, and in the other falls in a crumpled stone-hewn scree to the west coast. It is both magical, and awe-inspiring. Add into this mix the sound of drumming hooves and you can feel the beating heart of this place match your own. Too whimsical? Probably, but the sight of these spirited ponies galloping across the heather, manes and tails flying; is a hugely emotional sight. 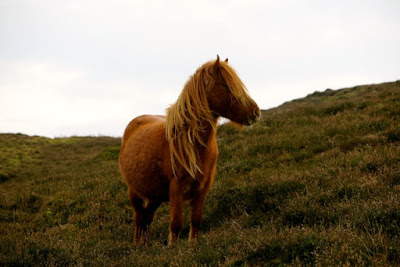 The romance and beauty of the Welsh hills is well documented, but some of the hill farmers are struggling to find definition in an increasingly faster, more cosmopolitan world. Despite this, there are 350 years of family history behind their passion for the hills, the ponies and their way of life. Scattered across these hillsides the remains of farming settlements, Roman forts and the slate industry epitomize the hardships, the triumphs and the disasters – but this history is part of our roots and part of what defines us. I love the honesty of this way of life, but like millions of other people feel powerless to nurture it when something fails to protect those issues which are out of our control. In the past – and we have to acknowledge our farmers have been through desperate times – the ponies have been collected off the mountain and herded into meat wagons.

Now though, I read somewhere that these ponies fetch less than a fiver at market. If something doesn’t bring financial reward, the worth of it is compromised – which is perhaps a sign of our times. And it’s disappointing that there’s a red tape fight over DNA proof to achieve rare-breed status – and therefore some protection – for this unique bloodline of Welsh Mountain ponies, a pure line which is specific to the Carneddau. I feel justified to feel both whimsical and passionate about the ponies' fate and concerned for the welfare of these animals, left to survive on their own wits through sometimes intolerable winter conditions. And although it is this very hardiness which makes them what they are, I do find it sad that the larger welfare and equine bodies don’t recognise a need to support and sustain this breed by at least maintaining and documenting the bloodlines. 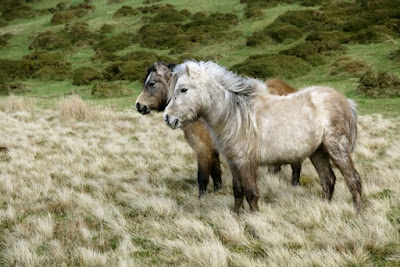 For the uninformed, the native Welsh Mountain pony is a larger, more elegant version of the Shetland. The Shetland was epitomized by Thelwell – short legs, profuse mane and tail and as stubborn as they were fiery, depending on mood and opportunity. The seven Mountain and Moorland ponies of Great Britain were considered to be the hardy ground stock of children’s riding ponies the world over and crossed with larger, finer breeds to produce, well, anything you wished for. Emotional bonds have a value of their own which is difficult to define. I’ve been around horses for 50 years – although, coming from a working-class background where money was tight, I wasn’t born into a situation which easily accommodated them. Every Saturday, I would cycle fifteen miles with my father to have a riding lesson on a Welsh Mountain pony called Merrylegs. In the early sixties we were taught to stay on by clamping a threepenny-bit between our knees and the saddle. If it was still there after an hour, we got to keep it. Thankfully, gripping-on is no longer considered good practice! Ironic too, that the three-penny bit is extinct.

As a child around ponies, I learnt how everything was connected by a purpose and why even small things should be respected, because there’s a reason they are there. (Sharing this landscape with several thousand head of sheep impacts on the benefits of cross-grazing, the ponies eat the vegetation the sheep won’t and vice-versa, the parasites which develop in sheep are inhibited by the ponies and vice-versa.) I learnt how to give and take, I learnt that physical knocks or disabilities were not a barrier to success. My friend at the time – at age ten – had one-and-a-bit-arms. One side of the reins would be up round an amputated stump, but she was a more effective rider than I!

I learnt respect and humility, and all those invisible things we maybe cannot quantify or explain, but we know are there. But above all, I learnt to love the hills. 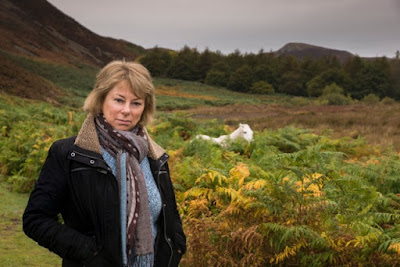 The real story began at school, with prizes for short stories and poetry. She failed all things mathematical and scientific, and to this day struggles to make sense of anything numerical.

Her first novel - written in 1986 - attracted the attention of an agent who was trying to set up her own company, Love Stories Ltd. It was a project aiming to champion those books of substance which contained a romantic element but were perhaps directed towards the more mature reader and consistently fell through the net in traditional publishing. Sadly, the project failed to get the right financial backing.

Many years later Jan's second novel, Wild Water, was taken on by Jane Judd, literary agent. Judd was a huge inspiration, but the book failed to find the right niche with a publisher. It didn't fall into a specific category and, narrated mostly from the male viewpoint, it was considered out of genre for most publishers and too much of a risk.

Amazon changed the face of the industry with the advent of self-publishing; opening up the market for readers to decide the fate of those previously spurned novels. Jan went on to successfully publish several works of fiction and short story collections and after a brief partnership with Accent Press in 2015, has returned to the freedom of independent publishing.