A few months ago I wrote about a book set in the 1960s, arguing that it could legitimately be seen as a historical novel.

As policeman get younger, so it seems does history. I've been reading Laura Wilkinson's Public Battles, Private Wars, which is set in the Miners’ Strike of 1984/5. The events described happened just thirty years ago – nowhere near the agreed minimum for a historical novel. (Few people will accept that anything less than forty years ago could possibly be described as historical.) Yet the world described is barely recognisable: nobody has a mobile phone, or an Internet connection. The story starts with Mandy Walker trying to get on in life by attending a typing class: there are no word processors and the typewriters have ribbons. Will younger readers even understand what Laura Wilkinson is talking about? 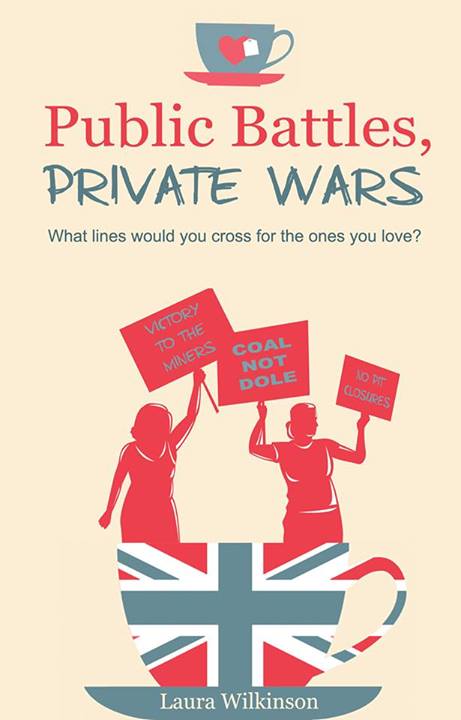 It's not material changes that mark this off as a different world, though: it's a whole way of life and the social attitudes that go with it. Mandy lives in a mining village. Life is defined by the pit and the men who go down it. Women stay at home, cook, and bring up the kids. Their sons will, in turn, go down the pit. Their daughters may dream of escape but their highest aspiration is likely to be to work (like Mandy's schoolfriend Ruth) as a local primary school teacher, trapped forever in the mining community.

Not many people much under fifty will have any conception of how important mining used to be, not only economically, but socially. The destruction of the mining industry destroyed whole communities and, with them, a way of life. Ancient certainties about the roles of men and women crumbled. The Labour movement was divided and never really recovered. There are still families split by ancient memories of scabs and picket line violence.

It’s impossible to write about the Miners’ Strike without being political. It was, ultimately, a political strike. The irony was that people were striking for the right to see their sons inherit jobs that were dirty, dangerous and, in some senses, degrading. And the women who supported them were fighting to maintain a way of life in which women would always be second class citizens. (Life in a pit village was defined by your work in the pit and women were, by law, forbidden from working as miners.)

Laura Wilkinson’s characters are caught in this dilemma. Writing from a committed feminist perspective, she highlights the way that Mandy’s life is limited by the pit, her marriage and the hierarchy of the village. In the book, as the strike continues, Mandy grows and develops as the men move inexorably toward defeat.

At times, as a man in 2014, I found revisiting the Guardian Women’s Page of those days intensely irritating. But (returning, belatedly, to my initial point) it is a historical novel. The attitudes expressed were the attitudes of the time. Reading it gives an insight into huge social and political changes that young people who have grown up with New Labour and post-feminism can have little understanding of.

There are all kinds of reasons why historical novels can be worthwhile. One is that it is only by understanding our history that we can truly understand ourselves. Watch The Call Centre and see the young people of South Wales earning their living by selling home insulation on the phone and mock their salon tans and their limited ambitions if you will. But the reason that some of the main employers in that part of the world are call centres goes back to the events of 1984 and, if some of the young people seem to struggle with their lives, those are the lives that Britain gave them when it closed the pits with no idea of what would come next.

Writing this, I feel an anger that I had forgotten for thirty years. Sometimes we should feel angry, and Laura Wilkinson has written a worthwhile reminder of why.

Laura Wilkinson's Public Battles, Private Wars is published by Accent Press and, at the time of writing, is on sale at 99p on Kindle.
Posted by TCW at 03:26