I'm just back from a long weekend in Scotland. We visited Leadhills in the Southern Uplands. We went because we'd been told that the area was spectacularly beautiful. The scenery was, indeed, impressive, but I ended up by being more interested in the history of the place.

Leadhills is named for the fact that Leadhills were full of – yes, lead. Nobody is sure when people started mining lead in Leadhills. It may have been as long ago as Roman times. By the 17th-century mining was very important and the area was flourishing. The lead was so plentiful that, at first, it was mined by opencast mining, just digging the lead out at the surface. Over the centuries, though, the miners began to follow the veins further and further into the mountains using a system known as "drift mining". Eventually shafts were sunk and the mines grew into huge enterprises. The development of larger mines and increasingly sophisticated operations meant there was a need to improve the technology that kept the workings dry.

Burke in the Land of Silver starts in 1792, so I have naturally developed an interest in this era. It was the start of the Industrial Revolution. At school I was taught about the importance of the development of the Spinning Jenny and the development of new technology at Ironbridge in Shropshire. Nobody mentioned Scotland, which is odd as James Watt, the inventor of the steam engine, was a Scot, working in Scotland. Watt was not alone, though. In Leadhills, William Symington was developing steam power himself. The photograph shows the stonework that supported a beam engine of his at the mines in nearby Wanlockhead. The date, if you can't read it, is 1789. 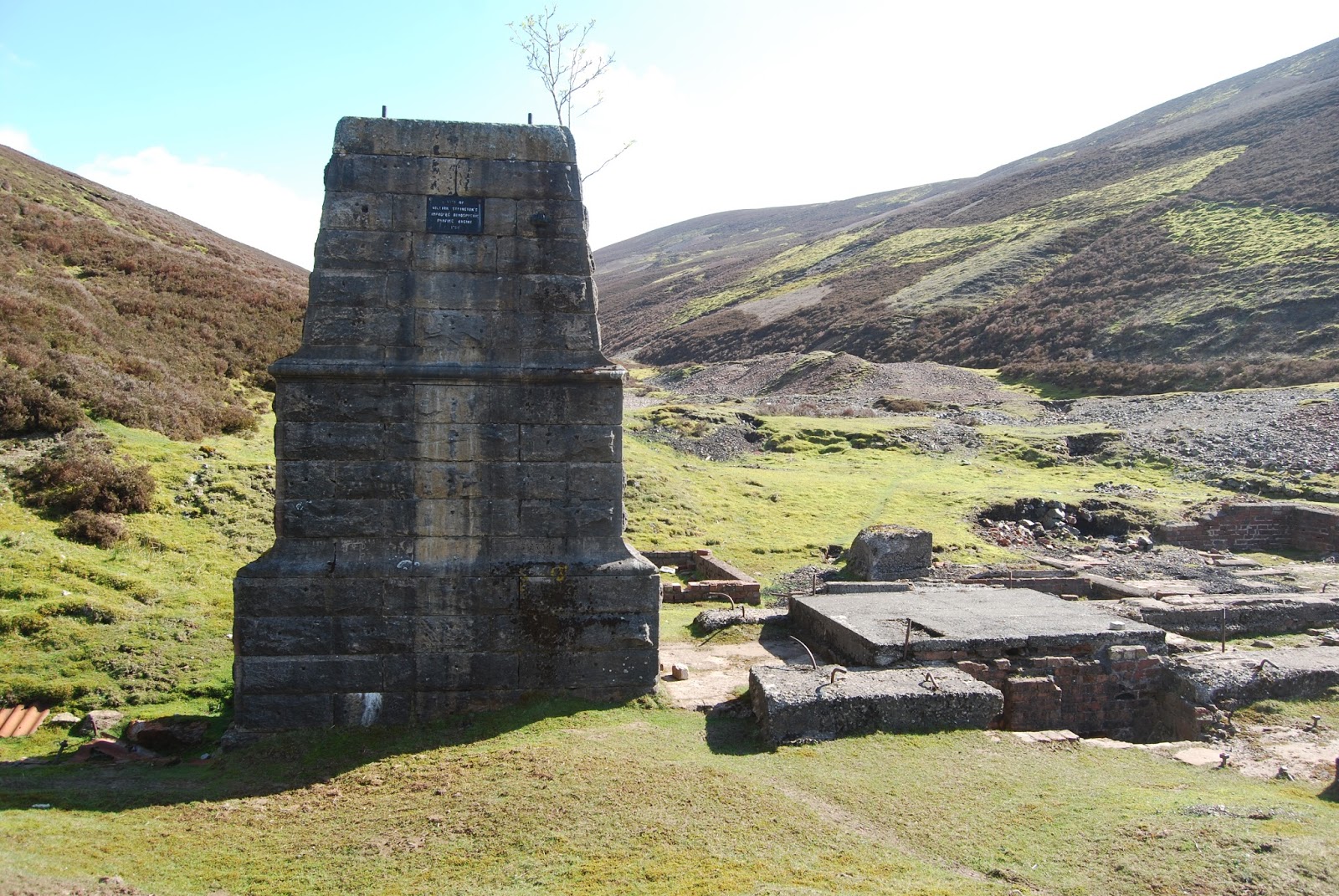 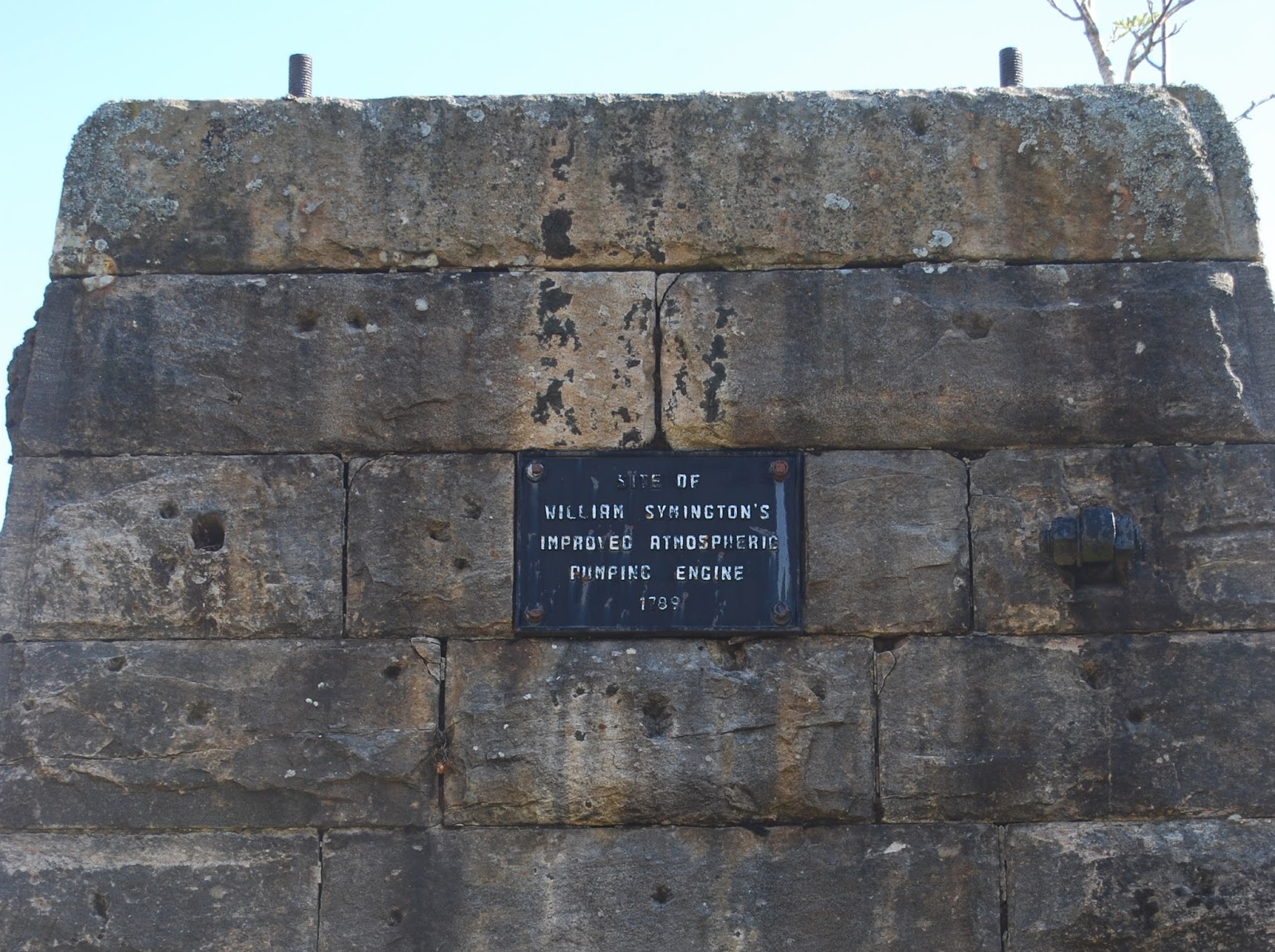 Symington wasn't just copying existing technology. He was working on ways to use steam engines in entirely new situations. His monument, at the graveyard in Leadhills, shows his greatest achievement: the world's first steam powered vessel, the Charlotte Dundas. 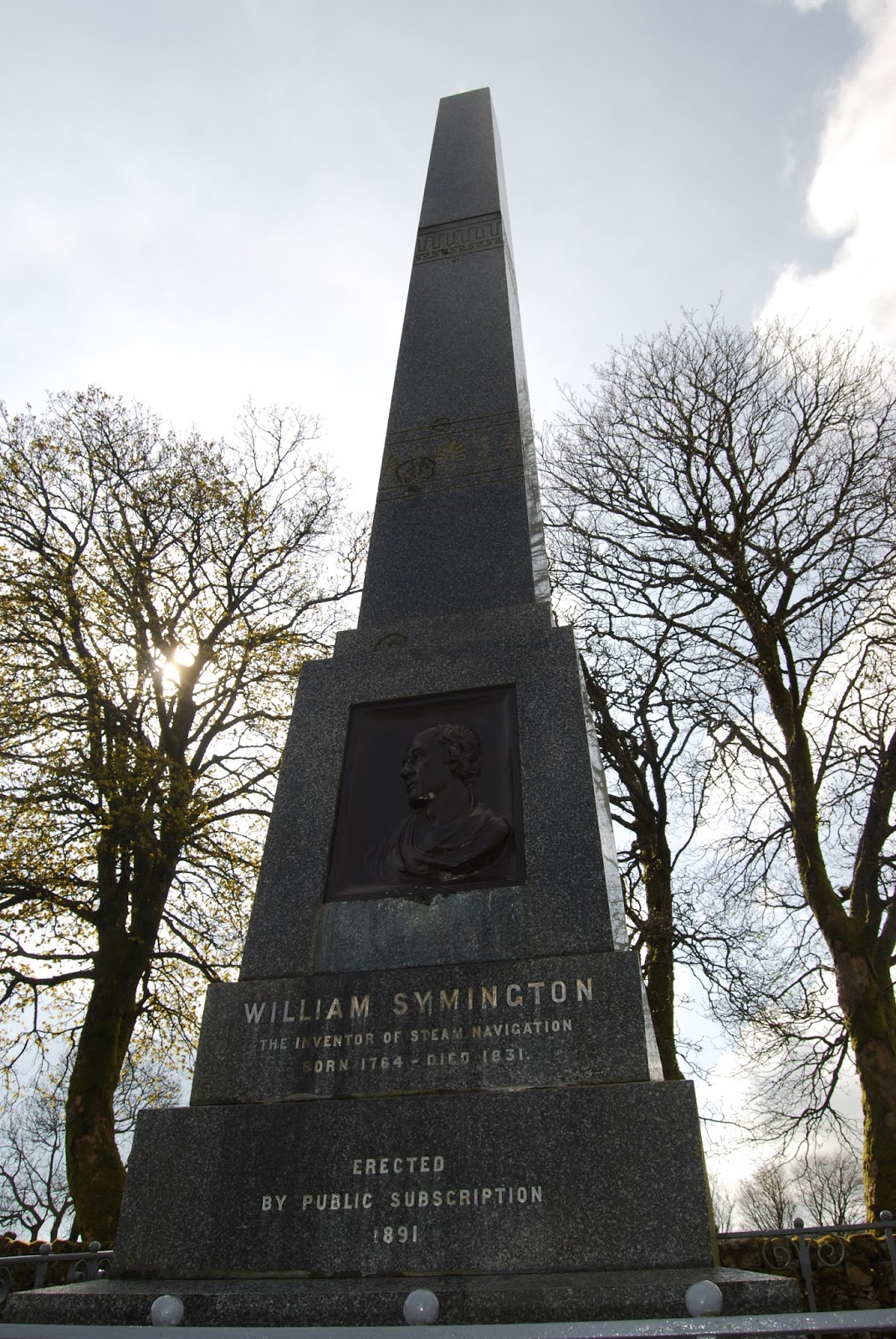 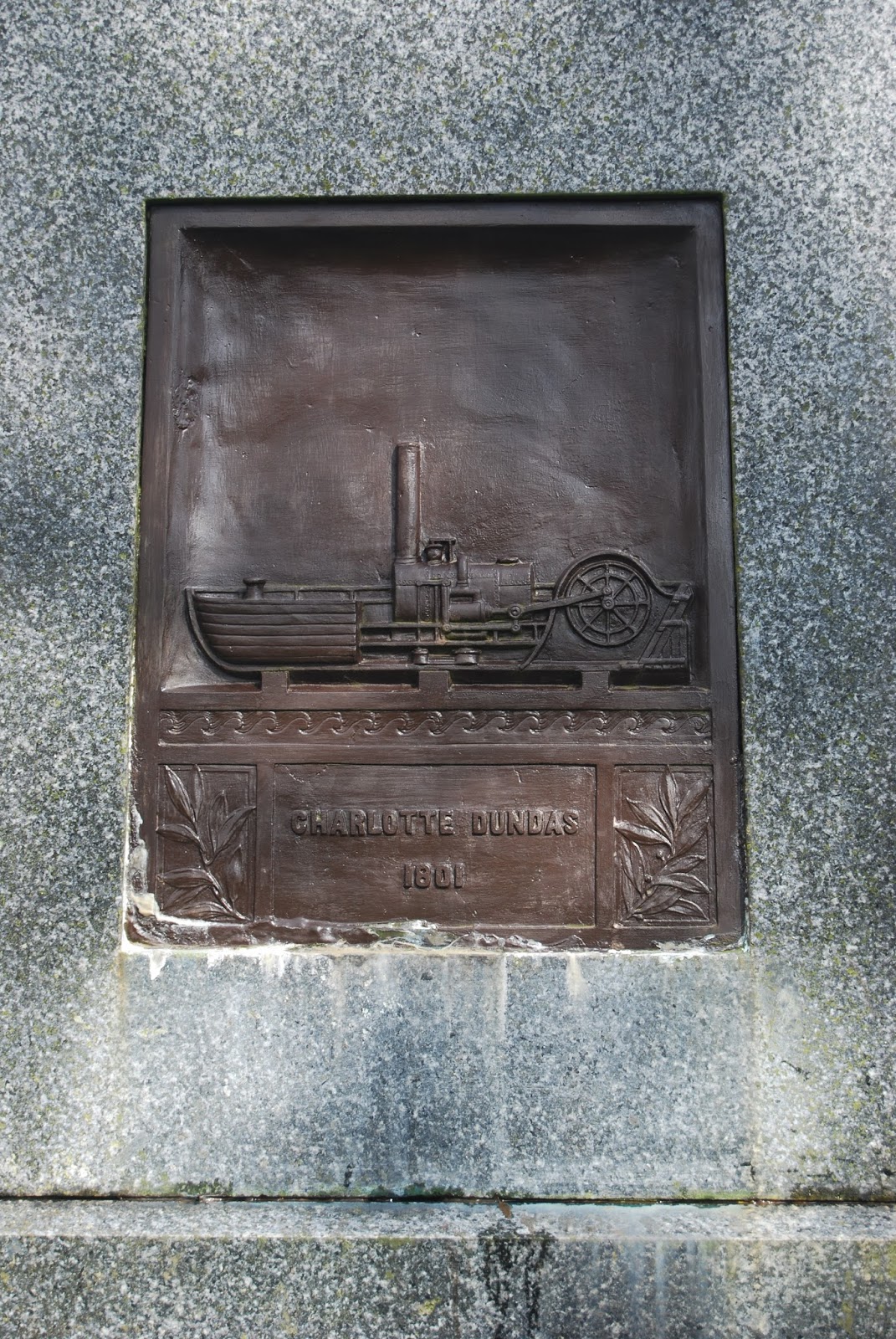 Leadhills, toward the end of the 18th century, was poised on the edge of the modern world. The miners were educated, literate men. Their library (founded in 1741) was the first subscription library in Britain. 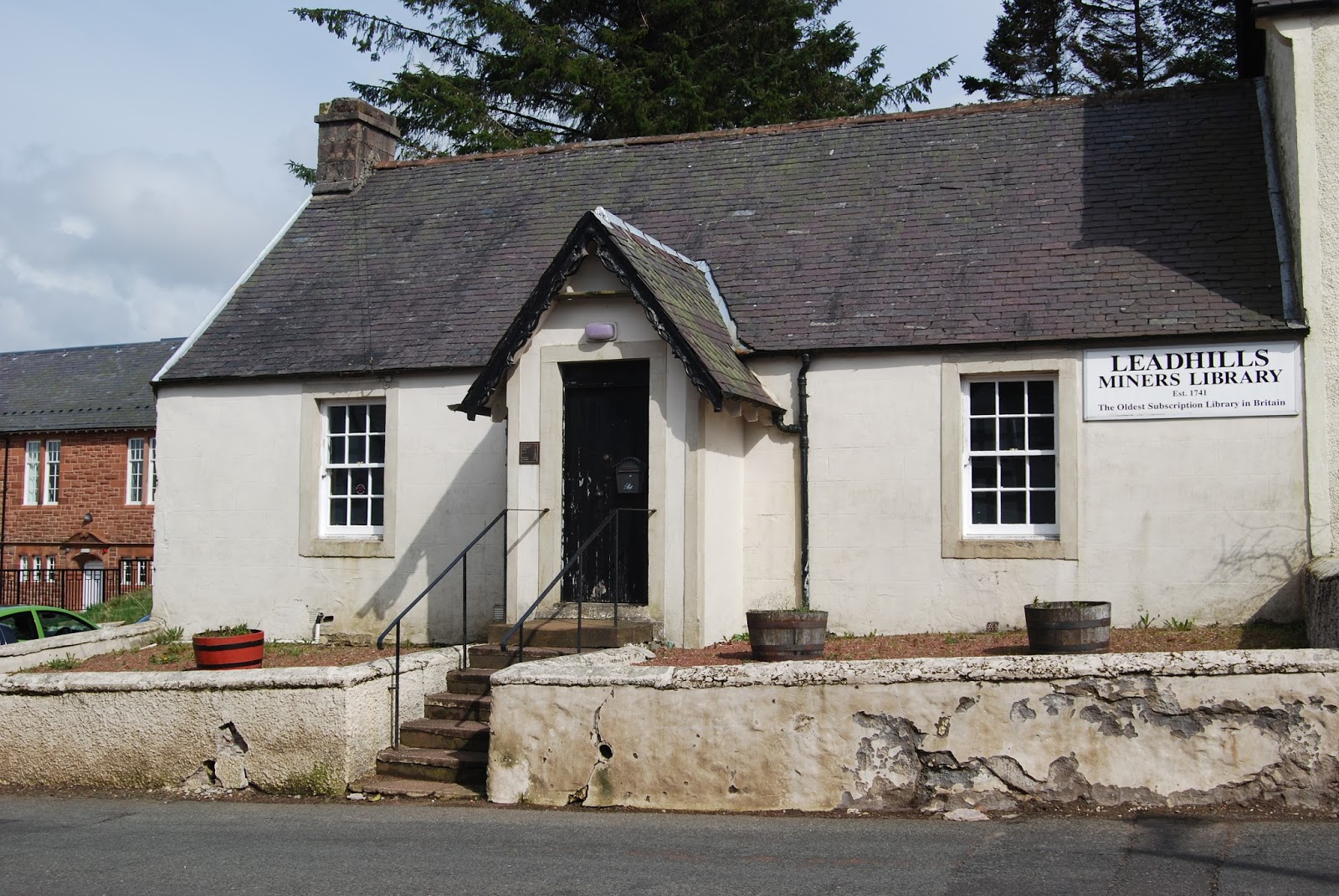 Despite this, children worked in the mines, pulling the lead ore out by hand. Even younger children worked outside barefoot in the winter cold, washing the ore in the streams. The miners were encouraged to build their own houses, which offered decent shelter from the elements and which, at the time, were regarded as models of workers' accommodation, but they were tiny places to raise families and the graveyard was well filled. 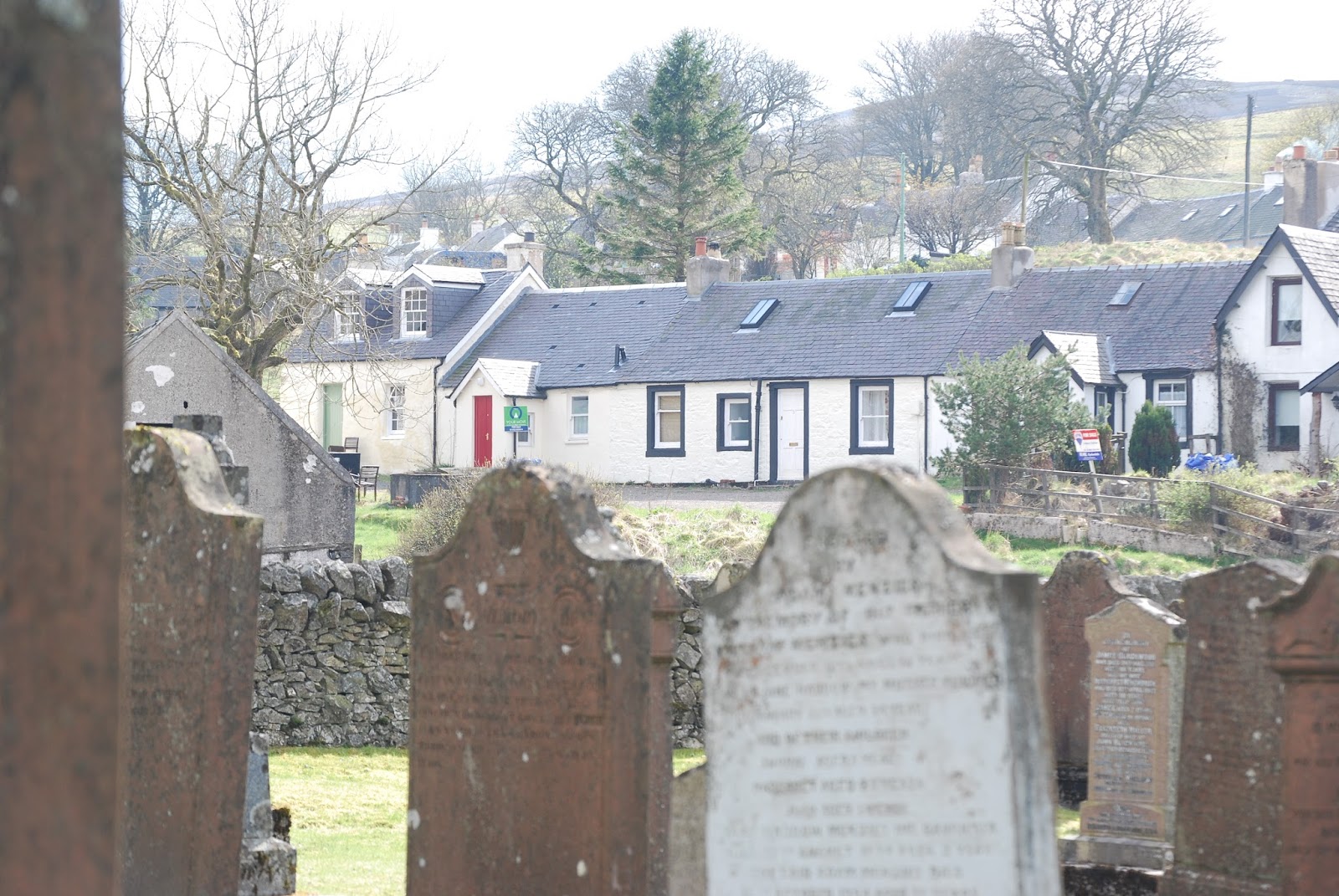 From Leadhills we travelled to New Lanark, to visit another memorial to those changing times. New Lanark was the site of a cotton mill built by David Dale in 1786. It became an important landmark in industrial development when it was acquired by Dale's son-in-law, Robert Owen, who had become the mill manager in 1800. Owen built housing for the workers which represented a massive step forward in the accommodation provided for ordinary people at that time. The housing was subsidised and Owen also introduced compulsory medical insurance, which gave his workforce effectively free healthcare. Later he introduced free education, insisting that children in the workforce went to school rather than work in the factories before they were ten. Schooling was available until the age of twelve for those who wanted it and adult education classes were provided in the evening for the workers. The mills were a triumph of engineering with a complex belt system powering several floors of looms from one huge engine. Waterwheels were also used to provide cheaper supplementary power – an early example of an attempt to use renewable resources whenever possible. Owen was a great reformer, one of the founders of the Cooperative movement, and he saw the opportunity for social improvement alongside the immense technical developments of the day. New Lanark employees worked 12.5 hours a day with Sundays put aside for recreation and, later in his life, he argued that the working day should be reduced to 8 hours. 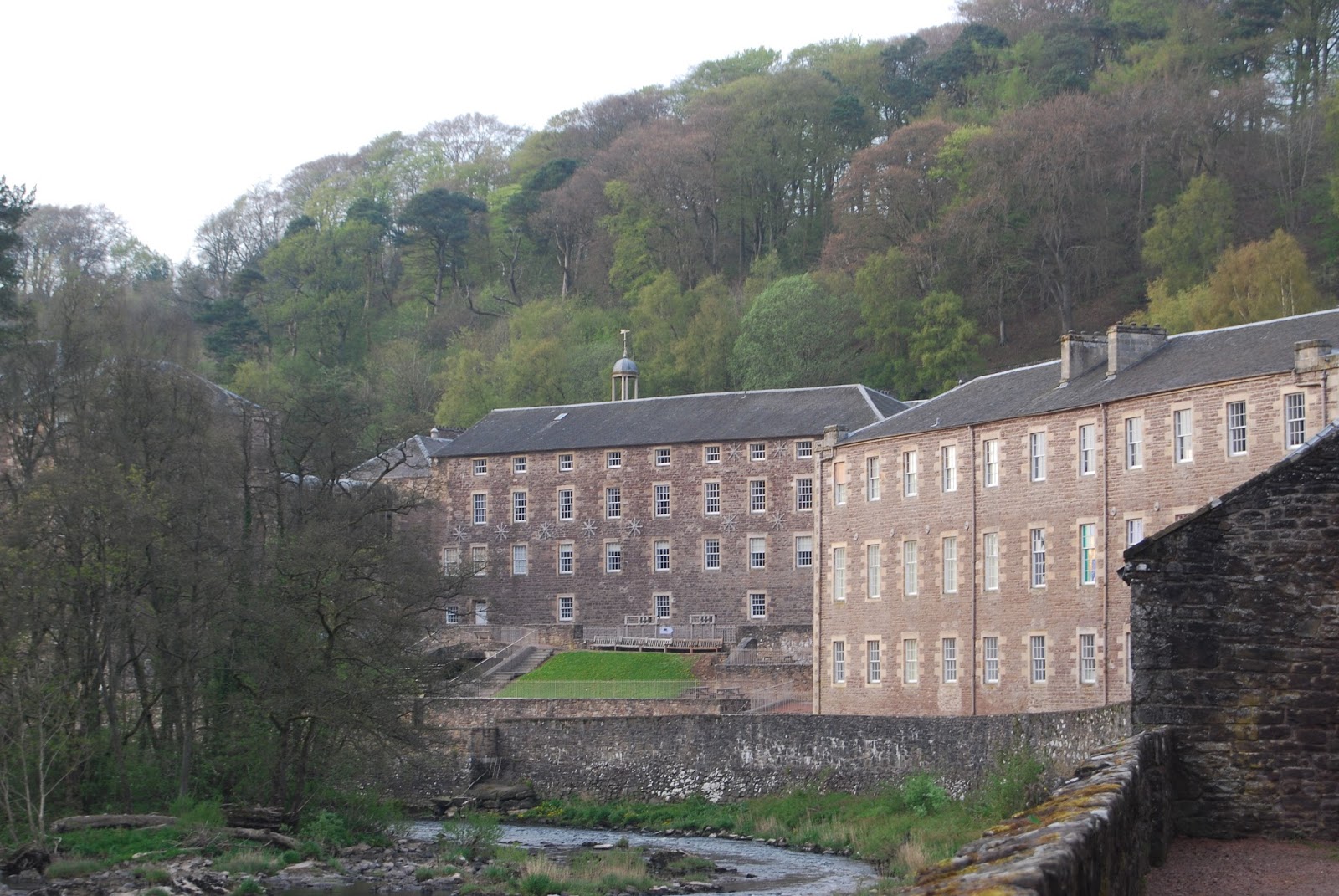 New Lanark is, even today, an impressive complex of buildings (many now converted into highly sought-after flats) but it was Owen's ideas for social development that were his most important legacy.

The decades around 1800 marked a time of massive change. In many ways, they were the start of the modern world. Burke in the Land of Silver is rooted in the history of those times.